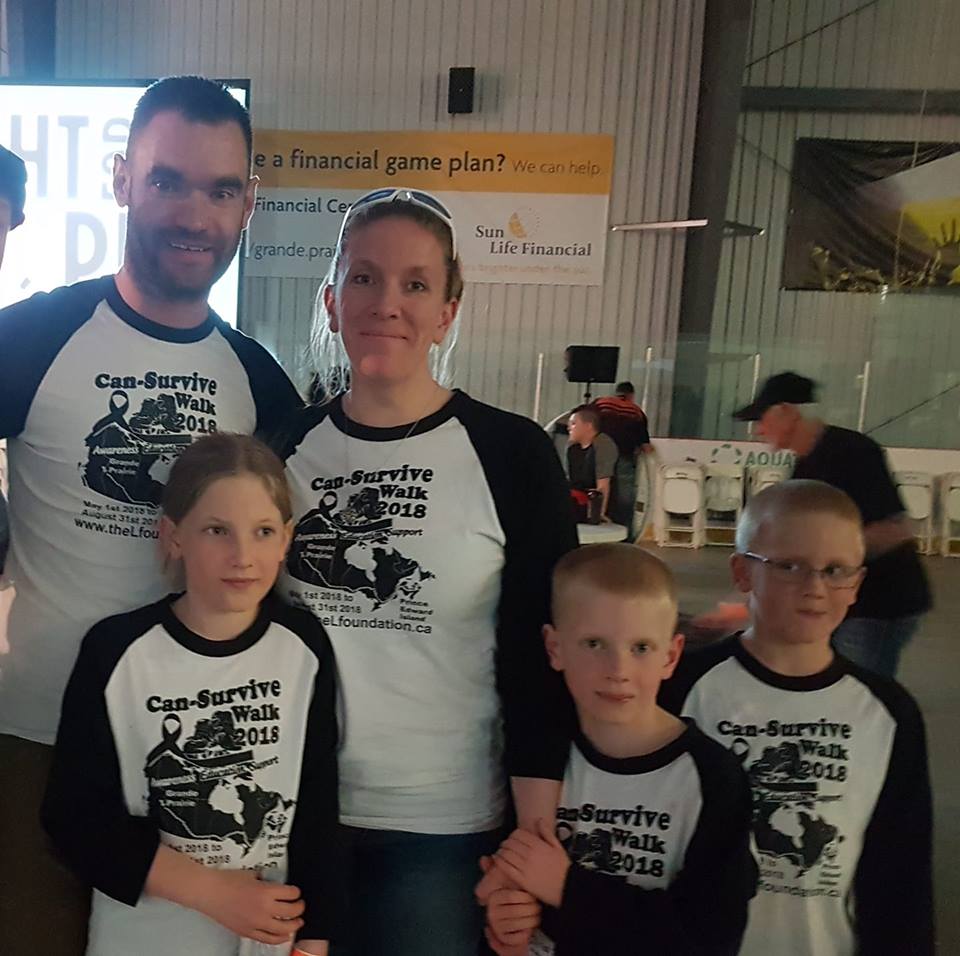 On May 1st, 2018 Jimmy Lefebvre along with his wife Kristie, mom Rita and three young children Dylan (9 daughter), Kallyn (8 son) and Kayden (8 son) left the Trumpeter Village Trailer Park (The home of Jimmy’s parents Rita and Simon Lefebvre) in Grande Prairie, AB and began his 5,716 km Walk across Canada to arrive at The Immaculate Conception Catholic Church (his Father’s gravesite) outside of St. Louis, PEI on August 31st (his dad’s 72nd birthday) on foot. The goal, to raise $123,000 for programs and initiatives which raise awareness, provide education and fund treatment for both the physical and mental health of those affected by cancer.

Media has been following their journey, here are a few samples:

August 29 – Cross Canada walker is on the home stretch on P.E.I. – The Journal Pioneer, PEI

July 11 – Northeastern Portion of a Cross Country Walk for Cancer is Special for an Alberta Family – MyTimminsNow, Timmins, Ontario